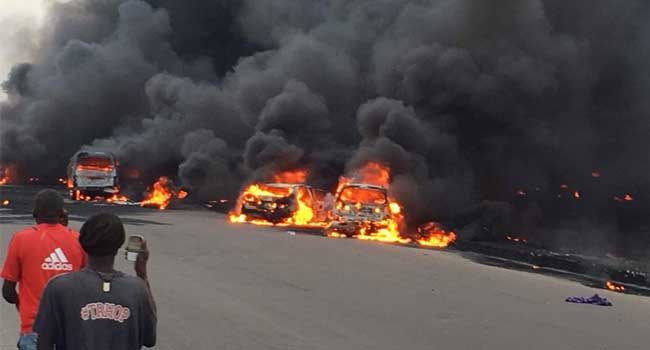 Over 70 persons have sustained various degrees of injuries after a petrol tanker exploded on Saturday, May 22 in Kano.

According to TheNation, the incident happened at the Al-ihsan filling station at Sharada in Kano Municipal Area of Kano State, TheNation is reporting.

Spokesman of the Kano Fire Service, Malam Saminu Abdullahi, who confirmed the incident in a statement on Sunday in Kano, said the fire occurred when the tanker was offloading petroleum products at the filling station.

He added that out of the injured victims, eight fire service personnel were involved, adding that no life was lost. However, the state commissioner for works, Idris Unguwar Rimi, attributed the incident to the negligence of the filling station.