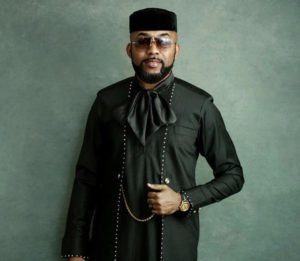 Popular Nigerian singer, Banky W has slammed child marriage and wants people who engage in the act to bring an appropriate end to it.

In a tweet, Banky W expressed his dissatisfaction about some people using religion as a basis to justify the act.

Banky W opined that if Saudi Arabia where Mecca is located can raise the age of marriage to 18, then Nigeria has no excuse whatsoever.

Sharing in Twitter, Banky wrote in part: ”Some Nigerians try to hide behind religion as the reason why they should be allowed to marry children…” 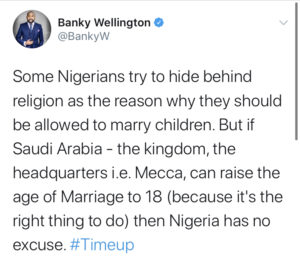