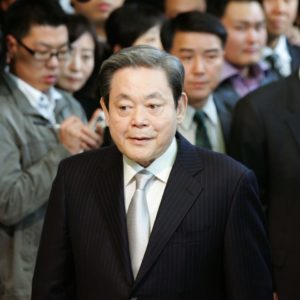 Samsung Electronics has announced the death of its chairman, Lee Kun-hee. The company says he died on October 25th with family including his son, vice-chairman Lee Jae-yong, at his side. He was 78.

A cause of death was not given, but Lee had been incapacitated for many years after suffering a heart attack in 2014, causing him to withdraw from public life. Lee Jae-yong, also known as Jay Y. Lee, had been widely assumed to take over upon his father’s passing and has been viewed as the de facto leader in recent years.

Mr Lee helped to grow his father’s small trading business into an economic powerhouse, diversifying into areas like insurance and shipping.

During his lifetime, Samsung Electronics also became one of the world’s biggest tech firms.

He was the richest person in South Korea, according to Forbes, with a net worth of nearly $21bn (£16bn).

Samsung said Mr Lee died on Sunday with family by his side.

Alleged COVID-19 Palliatives Are Poisonous And Can ...