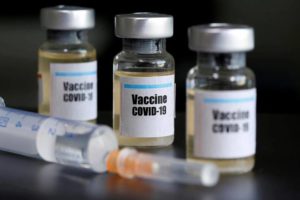 The clinical trial of Russia’s first coronavirus vaccine on volunteers has been completed successfully, according to the Sechenov First Moscow State Medical University.

The trials, which were conducted on a group of 38 volunteers in two batches, began on 18 June, according to the university.

The first stage saw a group of 18 volunteers vaccinated, with 20 more volunteers being vaccinated five days later, according to Russian news agency TASS.

The volunteers received an intramuscular injection of the vaccine. Initial side effects such as headaches and high body temperature disappeared within 24 hours of administration, Russian media reported.

The participants will have to stay isolated for four weeks to avoid other infections, after which they will be monitored for half a year.

The vaccine is also being tested in liquid form at Burdenko Military Hospital in Moscow, with a first group of volunteers getting discharged on 15 July and a second group on 20 July.

More research could be needed before the vaccine is cleared for use, as the trials was small-scale.

According to the WHO, there are only two firms in Phase 3 trials – which involve randomised controlled trials on large patient groups – for a vaccine, namely the Chinese company Sinovac and the UK-based AstraZeneca.