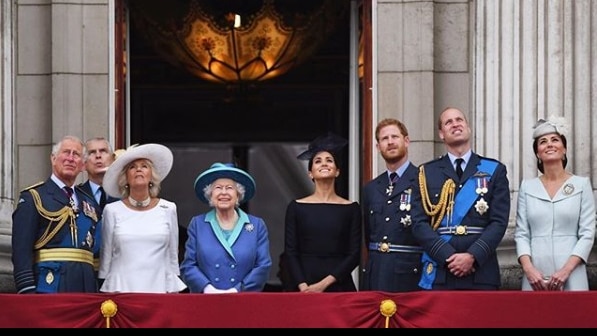 The British Royal family has reacted to the explosive interview given by Prince Harry and Meghan Markle during their interview with Oprah Winfrey.

Meghan Merkle stunned the world when she made damning revelations against the Royal Family during an exclusive interaction with talk show legend, Oprah Winfrey two days ago.

During the interview which aired on March 7, the couple made allegations of racism within the palace and a lack of support from the royal family over mental health issues and media intrusion.

In a sharp diplomatic rebuttal on behalf of the revered Queen, the statement reads;

‘The whole family is saddened to learn the full extent of how challenging the last few years have been for Harry and Meghan.

“The issues raised, particularly that of race, are concerning. While some recollections may vary, they are taken very seriously and will be addressed by the family privately.

“Harry, Meghan and Archie will always be much loved family members.’