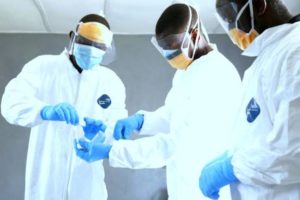 The Nigerian Association of Resident Doctors had earlier declared an indefinite strike on June 15 over the government’s alleged failure to provide adequate PPE for all healthcare workers in the midst of the Coronavirus pandemic, amidst other demands including the implementation of the revised hazard and payment of agreed Covid-19 inducement allowances.

After much negotiations and consultations, the association called off the strike in the hopes that the Federal Government would meet their demands. However, Aliyu Sokomba, the President of the Association has called out the Federal Government to fulfil its promises, or else would declare another nationwide strike in three weeks time. According to Channels TV, the President of the Association revealed this at a press briefing in Abuja.