The National Association of Resident Doctors (NARD) has started a nationwide strike across the country today, demanding a pay rise, better welfare and adequate facilities. 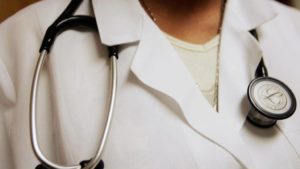 “We have kicked off the strike today,” NARD president Aliyu Sokomba told pressmen, adding that medical workers in isolation centres treating Covid-19 cases would also join the action. “There will be no exemptions,” he said.

He further explained, “We have arrears of 2014, 2015, 2016, salary shortfalls that were supposed to have been paid over six years ago, still pending. These are the issues we have and they appear not to have been addressed up till this day. “It is an indefinite strike,” NARD President said, adding that it would be called off only when the union’s demands are met.

Novak Djokovic Out Of US Open After ...