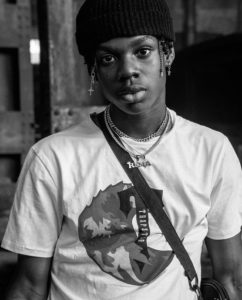 Nigerian musician, Rema has lost his cool on his critics as he has taken to his social media handles to descend on them.

Taking to his Twitter handle, he revealed why many people including some industry players have tagged his songs as rubbish adding that they don’t understand him.

According to him, his songs are tagged rubbish because he always infuses his Edo language.

According to him, he is not of this world and that is the main reason why all these people don’t understand him.

See his tweets below 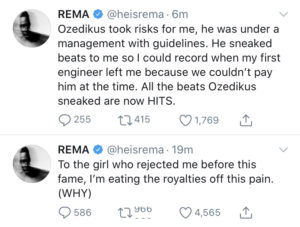 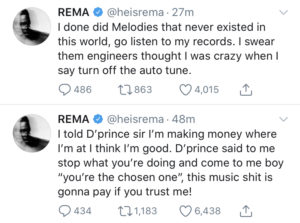 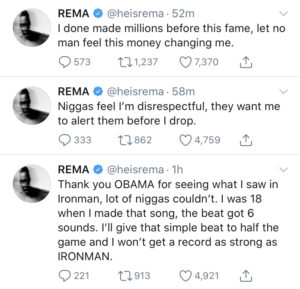 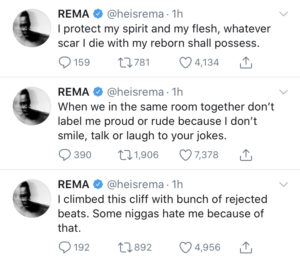 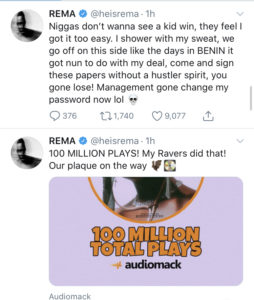 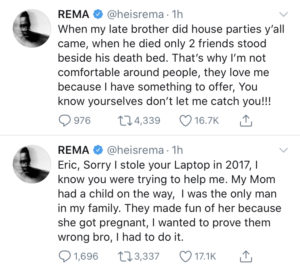 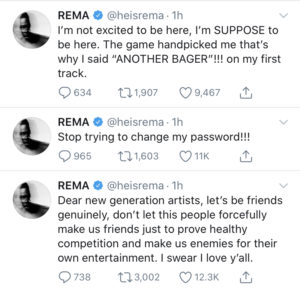 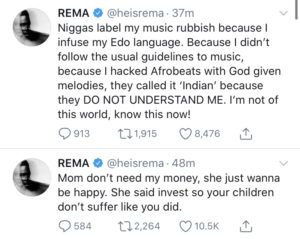 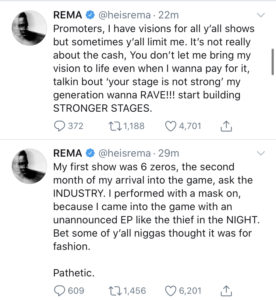 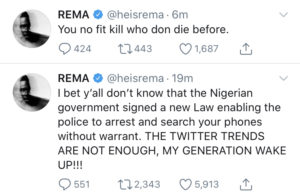