Can you remember where you were the first time you heard MTV was coming to Africa? The year was 2005. It was the same year Ellen Johnson Sirleaf became the first African woman to be elected President, Pope John Paull II died, YouTube went live and Prince Charles married his longtime girlfriend, Camilla.

The year was strewn with its share of historic events, and while a lot of people may not necessarily remember where they were when news of the different events broke, lovers of African music will definitely remember the exhilarating feeling that came with hearing that the world’s foremost music channel was setting up shop in the motherland and watching 2Face Idibia’s ‘African Queen’ make its debut on the channel.

This past month made it 15 years since that historic launch and as expected, MTV Base threw a month-long party on and off air to celebrate the milestone. Here’s a quick recap of the super fun month.

Alex Okosi’s Sendforth ?- Alex who brought MTV Base to Africa took his bow from the company in February to a well deserved standing ovation from friends, family and colleagues both in Nigeria and South Africa. The star-studded parties to celebrate him made headlines in both countries and gave us major FOMO. 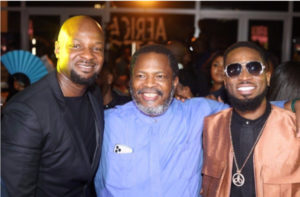 The Industry Workshop – On the 21st of February, MTV Base gathered some of the most influential personalities in the Nigerian entertainment space including VCN Africa’s Senior Channel Manager, Solafunmi Oyeneye, MTV Base VJ, Ehiz, Bizzle Osikoya, Eddie Madaki and DJ TTB in Abuja for a very enlightening discussion on MTV Base’s impact on youth culture. 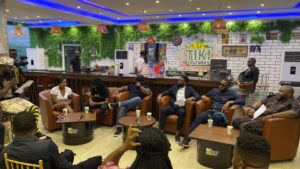 Capital Block Party – If you thought Lagos could turn up, then you haven’t seen Abuja in action! ?Just a day after the workshop, MTV Base in collaboration with Capital Block Party threw what is without a doubt, Abuja’s concert of the year with ?performances by some of Nigeria’s hottest acts of the moment including Joeboy, Wurld, Sarz and Prettyboy D-O among others. 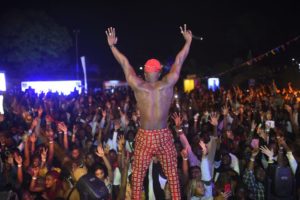 Takeover – And they weren’t done. The party continued the following week with a bus takeover in Lagos that saw the channel transport Lagosians to their various destinations across the state for three whole days at no cost at all. 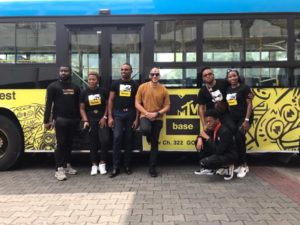 SMW Panel Session ?- At this year’s Social Media Week, MTV Base ?hosted a remarkable panel of Nigeria’s top industry thought leaders to discuss the theme, ‘Disruptions and Connections – A 360 Degree Approach To Creating Content and Experiences.’ The panel was so educative and fun, we didn’t want it to end! 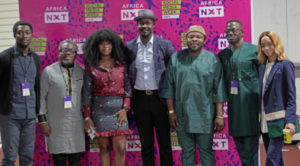 Signage Tour – If you were out and about Lagos during the final week of February, chances are you spotted the MTV Base logo lighting up the streets. Spotters also got the chance to strike a pose with the signage for a chance to win tickets to the grand finale.

Island Block Party? – The Island Block Party was the perfect climax for the celebrations with thousands of Lagos fans showing up to party with MTV Base and some of their very high profile friends including Mayorkun, Peruzzi, Niniola, Teni, Skales, DJ Sose, DJ Spinall, DJ Xclusive and a whole lot more. 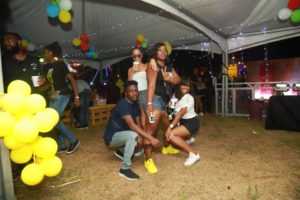 Coronavirus Cases Rise To 46 In Nigeria