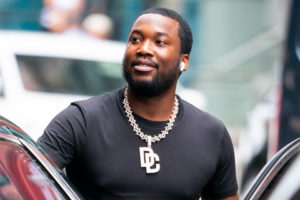 American rapper, Meek Mill has slammed Nigerians after a video of a campaign rally for President Donald Trump hit the internet a few hours ago.

Some Nigerians a few days ago, hit the streets to show their support for Donald Trump against the Presidential elections. Donald Trump also took to his Twitter page to show appreciation and acknowledged the parade organized for him. He tweeted “A parade for me in Nigeria, a great honor”.

The rally organized by the Nigerians has met a lot of criticism from other people in Nigeria and America. American rapper Meek Mill has expressed disgust and has slammed Nigerians for parading to show support for Donald Trump. He tweeted “Y’all vicious with this brainwashing shit lol!”. 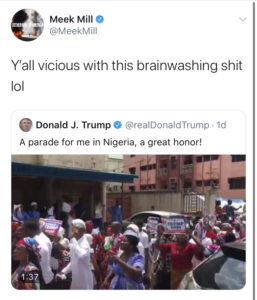 Dorathy Breaks Down In Tears As Fans ...