Racquel Bailey, Actress Who Put Up Billboard Advert To Get The Attention Of Tyler Perry Finally Lands A Role

Racquel Bailey, actress, who got popular for the stunt she pulled by placing an advert to get the attention of Tyler Perry for a role in one his movies has finally had her dreams come true.

According to TMZ, the actress landed a role in the movie; “Sistas” which Perry is currently directing. She was spotted at Tyler Perry Studios, Atlanta, where she strategically placed her billboard advert. 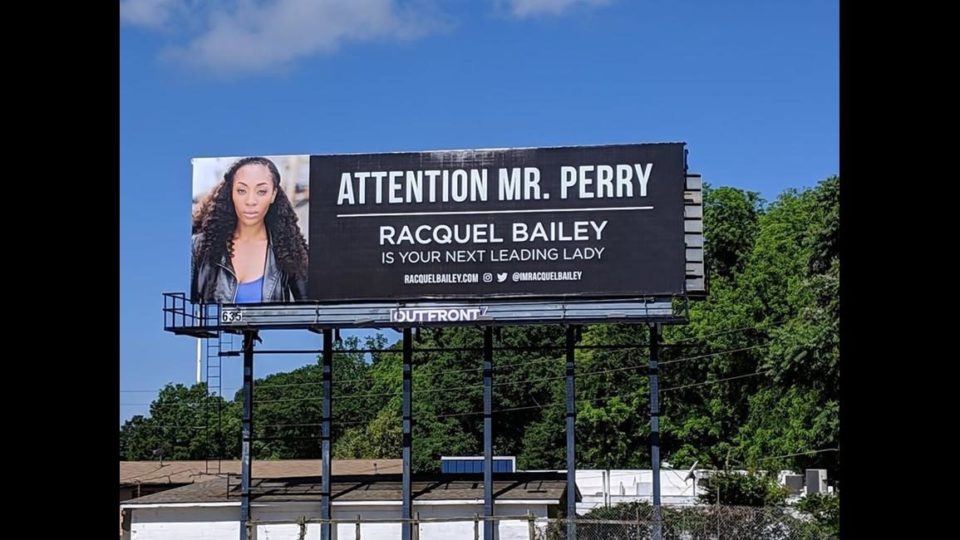 Despite being subtly chastised by the actor and producer himself, the actress won a lot of media recognition and was also invited for series of auditions by other directors and producers.