PRESIDENT KENYATTA SWORN IN FOR SECOND TERM IN KENYA

Uhuru Kenyatta has been sworn in for a second term amidst controversies as president of Kenya at a ceremony in the capital, Nairobi.

The ceremony is taking place today, November 28 in a packed stadium with police driving back other Kenyatta supporters trying to get in without seats.

President Kenyatta was officially re-elected with 98% of the vote on 26 October but just under 39% of voters turned out.
The original election on 8 August had been held over again after being annulled by the Supreme Court on grounds of irregularities. 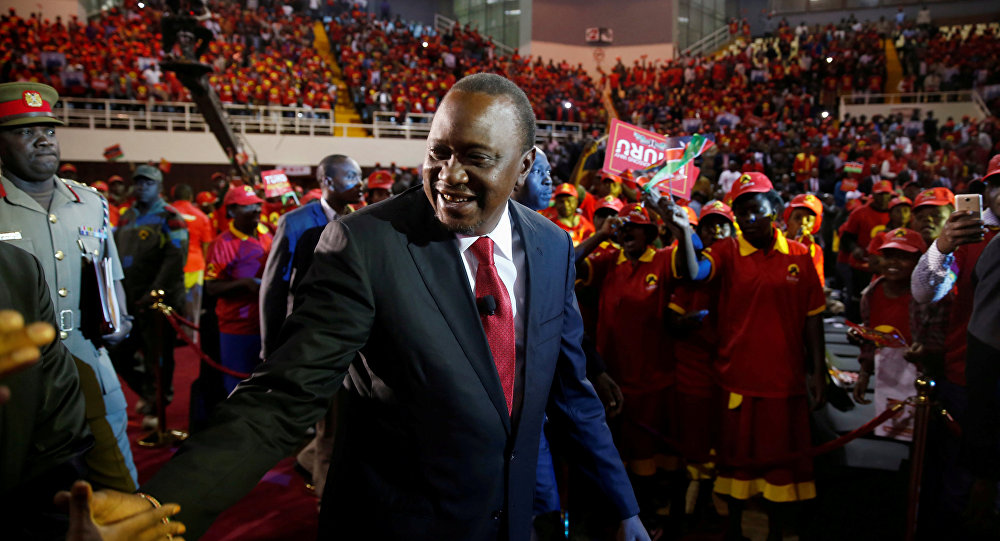 Opposition leader Raila Odinga mocked President Kenyatta’s coronation, he boycotted the re-run of the presidential poll last month and says Mr Kenyatta was not elected legitimately. People were killed and some injured in the election saga that had occurred earlier and a lot of supporters of the opposition party including the opposition believe Kenyatta shouldn’t have made the seat a second time.

Riot police were deployed in parts of the city today to stop a rally by opposition supporters.

There were scenes of chaos outside Nairobi’s Kasarani sports stadium today when people without seats tried to rush in and were beaten, driven back by police with tear gas, and on horseback.

Inside the stadium itself, there was orderliness and foreign dignitaries took up their seats in a calm, good-humoured atmosphere. Spectators were also treated to musical performances and a military parade.

5 Rules For Changing Money When You ...