President Donald Trump, was given a birthday cake a day before his historic summit with Kim Jong Un. The cake was a gift from Singapore’s Prime Minister Lee Hsien Loong, who he met for lunch today.

Singapore’s minister for foreign affairs tweeted a photo of Trump and a cake with one candle, with the caption: ‘Celebrating birthday, a bit early’. 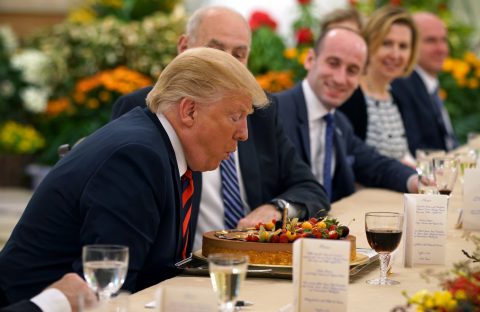 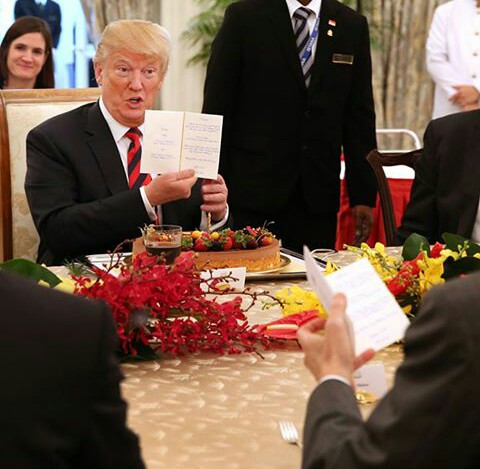 Mr Trump will be turning 72 on Thursday, he thanked his host for the gift and allowing him to have the summit in Singapore, adding: ‘We appreciate your hospitality, professionalism and your friendship.’

Mr Trump will be hoping to also celebrate a successful meeting with Kim tomorrow morning. The US President said today: ‘We’ve got a very interesting meeting in particular tomorrow, and I think things can work out very nicely.’ The meeting is the first summit of its kind between a leader of North Korea and a sitting president.