POPULAR DJ ENIMONEY ATTRIBUTES HIS SUCCESS TO OLAMIDE AND GOD 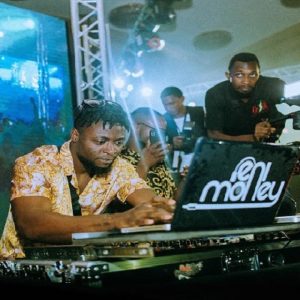 Eniola Olamide Olamilekan, a recording artist also known as DJ Enimoney has attributed his success to his brother, Olamide and God in a Skype interview with TVC. He said “if it wasn’t for my brother, I won’t be here and if it wasn’t for God, my brother won’t say ‘no, take this boy out of Bariga”.

The artist is the official DJ of the YBNL nation, a recording brand owned by the popular music artist, Olamide. DJ Enimoney disclosed that he officially started his career as a DJ in 2011 before his admission into the Lagos Polytechnic to study Computer Science, however, he has been into disc jockey way before 2011. The artist said he started as DJ Electric before his brother changed his name to DJ Enimoney. He also disclosed in the interview that nothing can take him out of YBNL nation.