Police Officers Spotted At Lekki Tollgate Ahead Of Saturday’s Protest 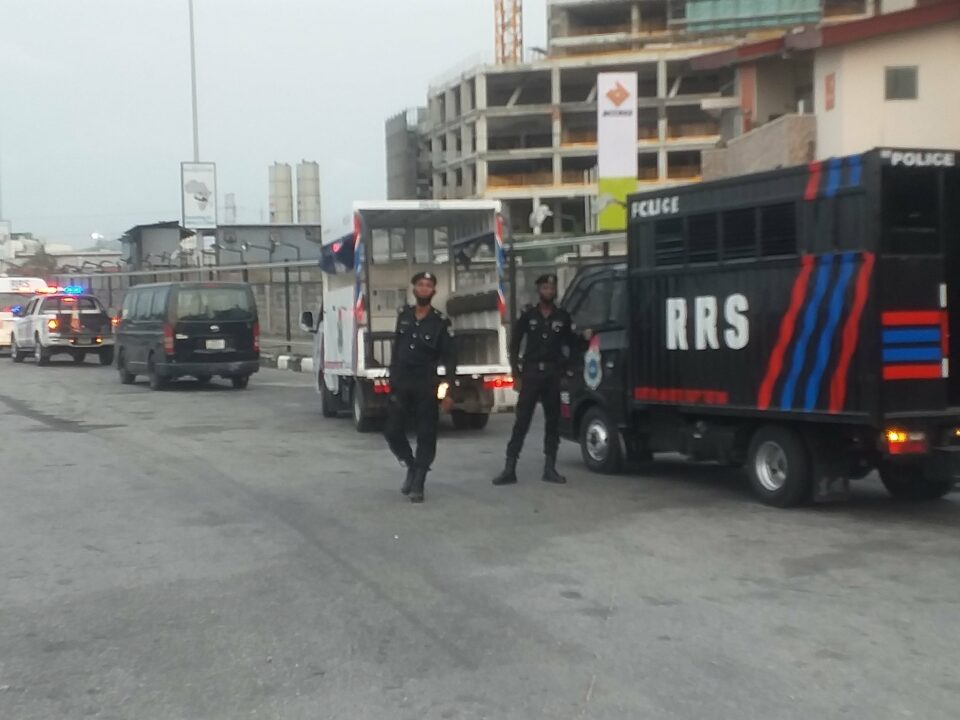 Operatives of the Lagos State Police Command have been spotted at the Lekki tollgate ahead of a planned protest to occupy the tollgate on Saturday, February 13, 2021.

The operatives who were led by the head of the Rapid Response Squad, CSP Yinka Egbeyemi, also visited Ikoyi, Obalende, Jakande Roundabout and Eti-Osa Areas of the state.

The RRS shared pictures from the exercise on Twitter, stressing that it was done to deter crime as well as boost the morale of the officers in the areas.

CSP Yinka Egbeyemi is presently leading a team of police officers on a show of force to Lekki Toll Gate (Admiralty Plaza) Obalende, Ikoyi, Jakande Roundabout, and other areas in Eti Osa as part of efforts to deter crime as well as boost the morale of his officers in the areas. pic.twitter.com/i8fXWrlN4m