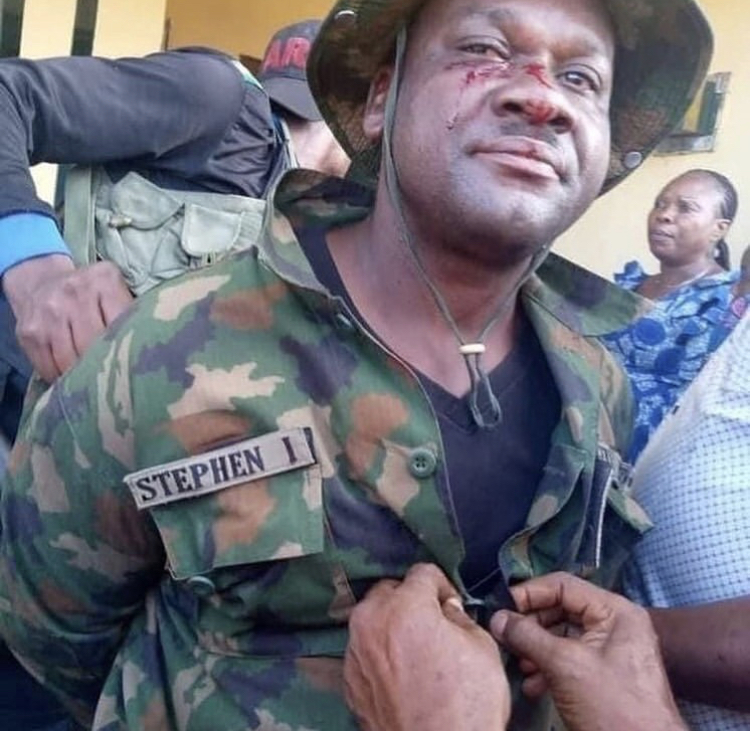 Military soldier and his accomplice have been detained for reportedly murdering and abandoning their benefactor in a bush in Akwa Ibom.

On his route to Akwa Ibom, the military commander encountered the dead victim, Christopher Enoh, near Onne Junction in Port Harcourt, Rivers State. Heading to Akwa Ibom State, specifically Ikot Abasi, and begging for a ride, an unsuspecting automobile owner (Christopher) offered him a ride, but he had ulterior reasons. His goal was to assassinate the car’s owner along the route and steal the vehicle.

He was successful in murdering an innocent civilian, but he had no idea the vehicle had a tracker.

He was apprehended after being tracked to a motel, where he was arrested.