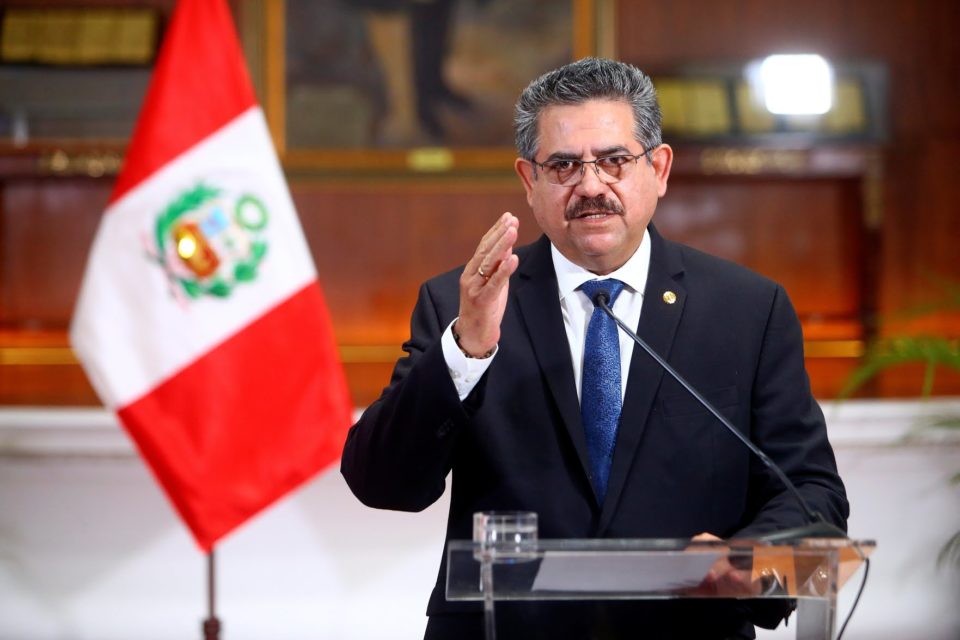 Peru’s interim president, Manuel Merino, has resigned less than a week into his new administration, after a night of protests calling for his removal and a subsequent police crackdown left at least two dead and dozens wounded.

“I want to let the whole country know that I’m resigning,” Merino said in a televised address on Sunday. He added the move was “irrevocable” and called for “peace and unity”.

Merino assumed the presidency on Tuesday after the opposition-dominated Congress voted to remove his predecessor Martin Vizcarra over bribery allegations. Vizcarra has denied any wrongdoing. 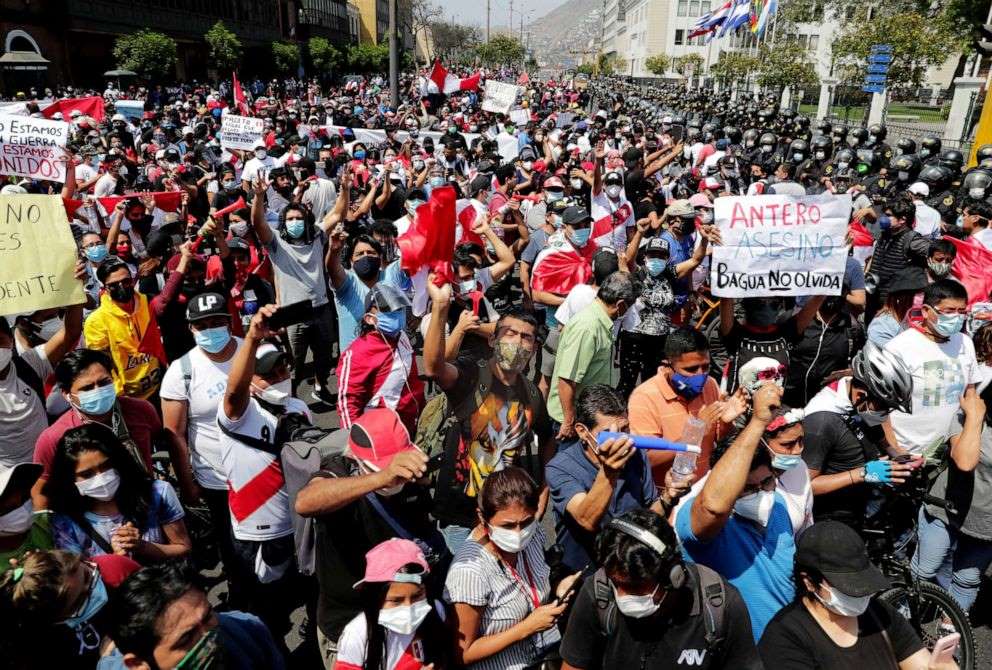 Protesters have since decried Merino’s rise to power, accusing the legislature of staging a parliamentary coup. The unrest had been largely peaceful until Saturday night, with Peru’s Ombudsman warning on Twitter late Saturday that security forces had begun “misusing force and throwing tear gas without justification” against young protesters who had gathered in the center of the capital city of Lima.