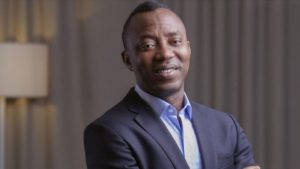 Omoyele Sowore has alleged that some Nigerians have made billions of Naira just from the negotiation of how #EndSARS protests can be put to an end in Nigeria.

“I will not be part of any negotiations regarding #ENDSARS, many have entered into these negotiations and come out of the other side becoming billionaires, to them it is a game! The only negotiation I will ever engage in is that of the surrender of our oppressors! #RevolutionNow.”

This comes on the back of reports that Flutterwave deactivated the bank account of #EndSARS campaigners.