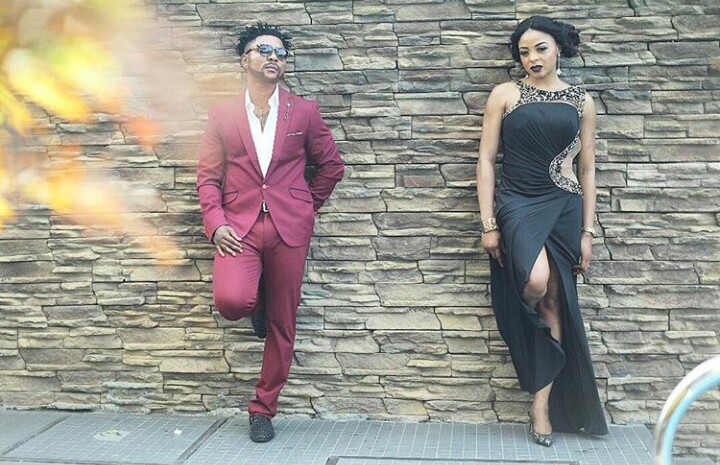 Oritsefemi and wife, Nabila Fash, have sparked reconciliation rumours following his video of them having lunch.

“My beautiful Nabila,” he wrote on the video shared on his Insta stories.

This comes weeks after Fash called him out for cheating. She accused him of bringing a woman to their matrimonial home after she left for work.

But this footage just proves that all is well in Oritsefemi’s household.

Oritsefemi and wife have had a very public rocky marriage, in 2020, there was a slew of marital brouhaha after Fash moved out of their matrimonial home over Oritsefemi’s infidelity.

The singer then called out his wife’s friend and actress, Carolina Danjuma for being the one behind the crisis in his marriage.

After several name-callings and bashings on social media, the music star reconciled with his wife.

Then on Monday, February 8, Nabila hinted at another possible crisis in her already rocky marriage to Oritsefemi.

According to her, a woman went to her home to have sex while she was away at work.

In the middle of the crisis, the music star also confessed to sleeping with his former manager, Lady Kara during his trips abroad.