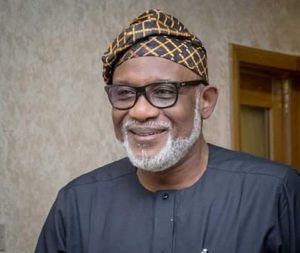 Rotimi Akeredolu, governor of Ondo State, has recovered from COVID-19

After days in self-isolation after he was infected, the Ondo State Governor, Mr Rotimi Akeredolu, has tested negative for COVID-19.

Governor Akeredolu in a weekly press briefing on Monday confirmed the development.

He said the doctors confirmed his negative status after running the test twice.

He made the announcement less than 24 hours after his estranged deputy governor, Agboola Ajayi, asked him to hand over government to him after 21 days as provided by the constitution because he was in self-isolation.