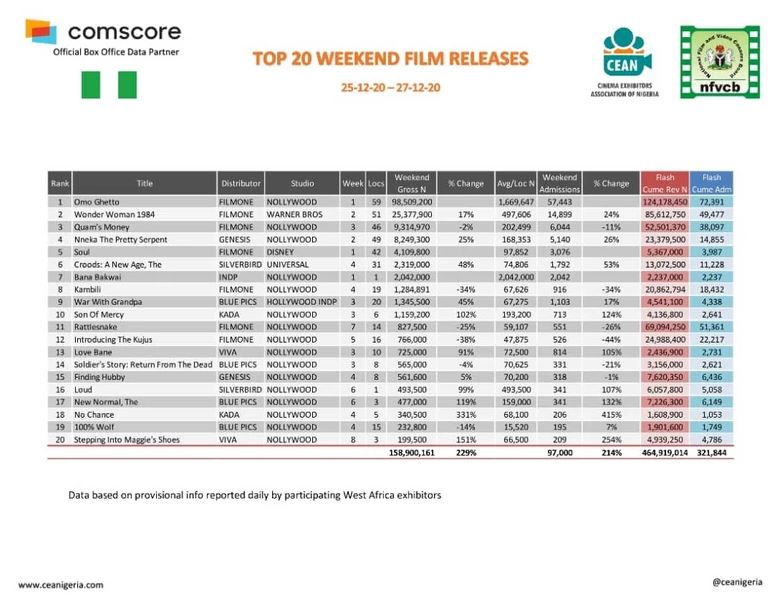 This new figures places the film as the first Nollywood movie to gross over N98 million in its opening weekend and the highest grossing movie of 2020.

‘Omo Ghetto The Saga’ knocks out ‘The Wedding Party 2’ from number one spot with its N 73.3 million opening weekend gross.