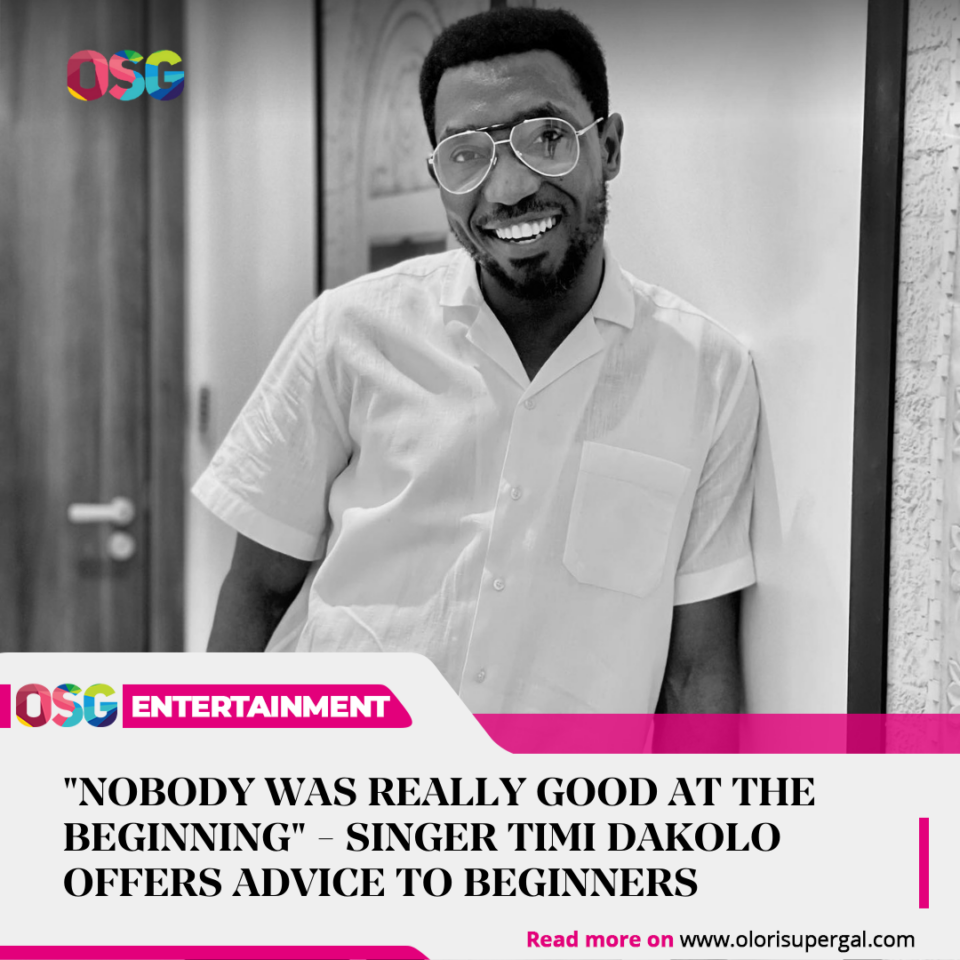 Nigerian singer, Timi Dakolo has advised his followers and beginners to give themselves time to grow.

In his tweet, he noted that nobody started good and one’s beginning shouldn’t be compared to someone’s 10 years experience.

“Just so you know, nobody started really really good. We learnt on the job . Your beginnings shouldn’t be compared to someone’s 10 years of experience. That’s so unfair to what you are building. Give yourself time to grow.”

Taking his tweet to Instagram, the father of three added that things get messed up at the beginning and the first work will look like nothing, however, those we look up to and admire probably have a worse beginning.

“The truth is that, you are going to mess up a lot at the beginning. Flunk at your first try. Your first work will look like nothing you have in mind. That’s ok.

“We all didn’t get it right at first, it is possible the people you admire now were worse than you at the beginning. That part wasn’t just shown to you. So it’s ok if you are struggling at first, it’s part of the process.

“Nobody was really good at the beginning.”

“The heart of man is desperately wicked” ...