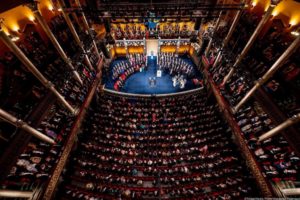 The annual Nobel Prize ceremony will not hold this year due to the ravaging epidemic, Coronavirus in many countries. According to Channels Television, this will be the first time the legendary ceremony will be cancelled since 1956 so as to avoid inviting the Soviet ambassador because of the repression of the Hungarian Evolution.

“The Nobel week will not be as it usually is due to the current pandemic. This is a very special year when everyone needs to make sacrifices and adapt to completely new circumstances,” Lars Heikensten, director of the Nobel Foundation, said in a statement. The director also mentioned that the laureates will be highlighted in different ways along with their discoveries and works.