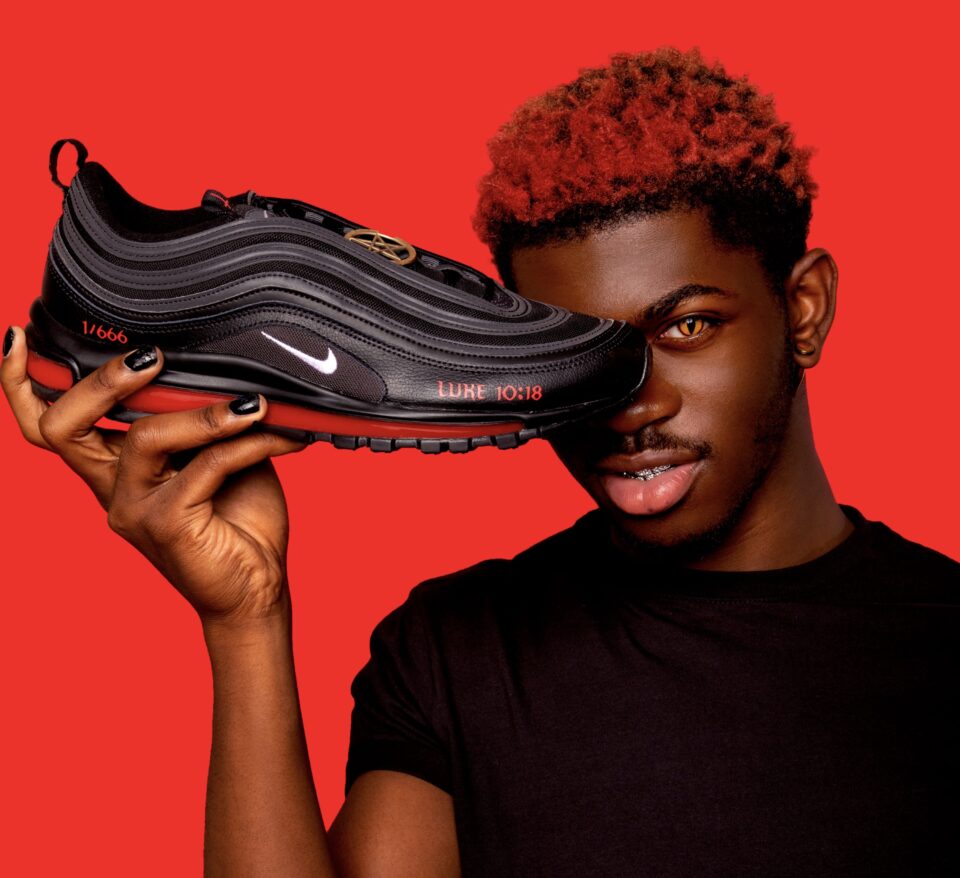 Fashion and Sportswear giant Nike has denied participating in the making of the controversial ‘Satan Shoes’ owned by singer and rapper Lil Nas X.

The shoes which was met with a lot of controversies after it was revealed MSCHF who manufactured the shoes added a drop of blood in making the shoes sold out within one minute after it was released.

Nike has come out to ‘rubbish’ claims that the company participated in the making of the shoes as the shoes seems to be an updated version of the Nike Air Max ’97. The company has also sued MSCHF on copyright issues.