Nigerian Poet And Writer, Wana Udobang Has Been Selected for the International Writing Programme at Iowa 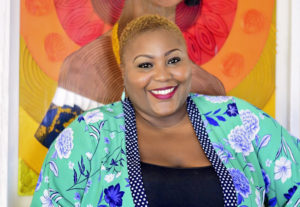 Acclaimed Nigerian poet and writer, Wana Udobang has been chosen to join the International Writing Programme Fall Residency at the University of Iowa, United States of America. Wana Udobang has taken to her Twitter page to share her excitement as she wrote, “Your girl is going to be an international writing programme resident in IOWA in the spring next year. Still pinching myself. ??”

Your girl is going to be an international writing programme resident in IOWA in the spring next year. Still pinching myself. ??https://t.co/J4RZ3YLA3W

The International Writing Programme, which is the 54th edition to hold this year, is a platform where established writers from around the globe get to form strong connections and rub literary minds together, resulting into an healthy exposure of other cultures. Wana Udobang will therefore be joining other writers and literary minds across the globe in the International Writing Program where she would be given an international platform to not only share her works but also talk about her culture.

The award-winning poet and writer has recorded three spoken word studio albums, which are Dirty Laundry, In Memory of Forgetting and Transcendence. Her poems have been published in several anthologies and her writing has appeared in Aljazeera, The Guardian, The Rumpus and BBC.