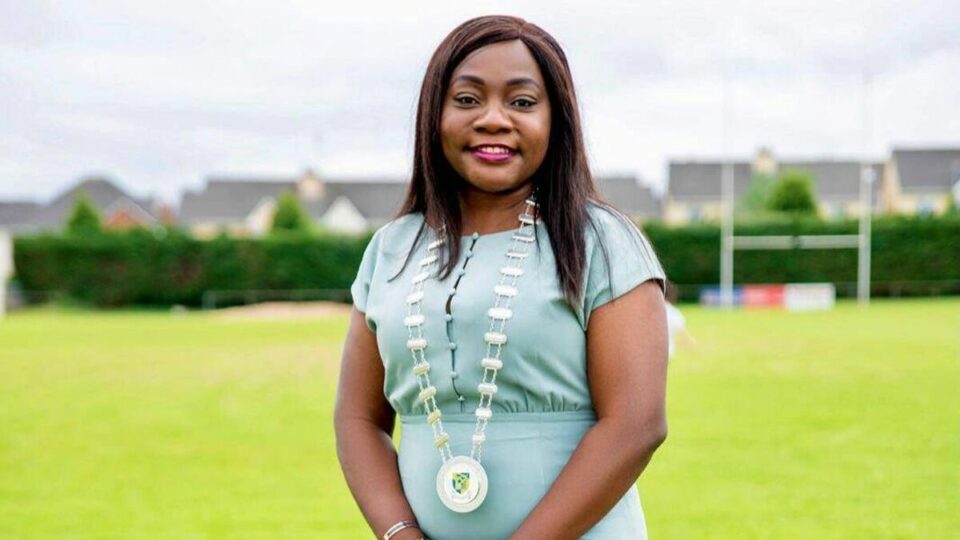 Uruemu Adejinmi, a Nigerian immigrant, has been elected as the Mayor of Longford County Council, marking a series of firsts for the county. She is the first migrant, first African and first black female to become Mayor.

Adejinmi’s journey into politics began in 2016 when she supported a candidate in a local election. Shortly afterwards, her neighbour asked her to join Fianna Fáil.

In 2018, she undertook an internship with the Immigrant Council of Ireland, shadowing Joe Flaherty while he was a local councillor. In 2020, Mr Flaherty became a T.D. and Ms Adejinmi was co-opted to his seat.