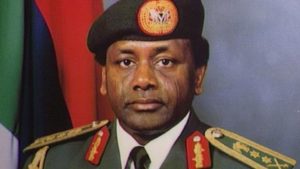 The Federal Government on Monday confirmed the receipt of the sum of $311.7 million from the United State Government and the Bailiwick of Jersey as part of the money looted and stashed away by former Nigerian leader, Gen. Sani Abacha.

The drawdown of the huge cash, which is referred to as ‘Abacha Loot 3’, was confirmed by the Attorney General of the Federation, Abubakar Malami, via a statement by his Special Assistant on Media and Public Relations, Dr Umar Gwandu.