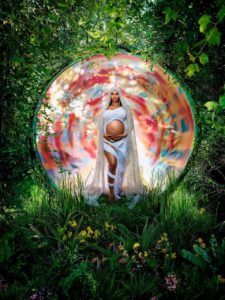 Nicki Minaj is officially a Mom, as she welcomes her first child with husband Kenneth Petty on Wednesday, Sept. 30, in Los Angeles according to TMZ.

News of Nicki’s little one comes only a few months after she announced her pregnancy. Back in July, the “Starships” artist nearly broke the internet when she debuted her baby bump in a series of photos on Instagram.

Nicki hasn’t announced the news on her social media just yet, but she waited months before revealing that she was pregnant. Meaning, it may be a minute before she personally shares the happy news or any photos—if she ever chooses to do so.