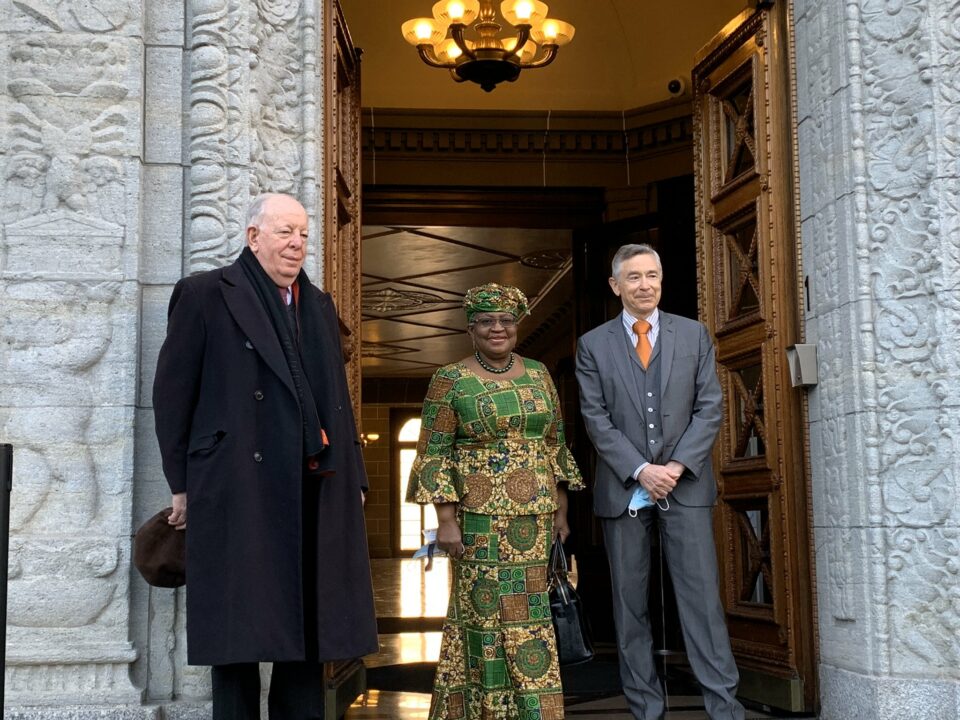 Ngozi Okonjo-Iweala, starts work as the new head of the World Trade Organisation on Monday, March 1, 2021.

Former Nigerian finance and foreign minister, she is the first woman and first African to run the WTO.

Ngozi Okonjo-Iweala has said that addressing the health and economic consequences of the pandemic would be a key priority.

There are concerns in Washington and other capitals about China’s trade policies and how well equipped the WTO is to deal with them.

Dr Okonjo-Iweala is known to be reform-minded, but will be constrained by the wishes of member countries.

Welcome to Dr Ngozi Okonjo-Iweala @NOIweala on her first day as WTO Director-General!

She makes history as the first woman and first African to take up this post. pic.twitter.com/WHWZZsA6Ka