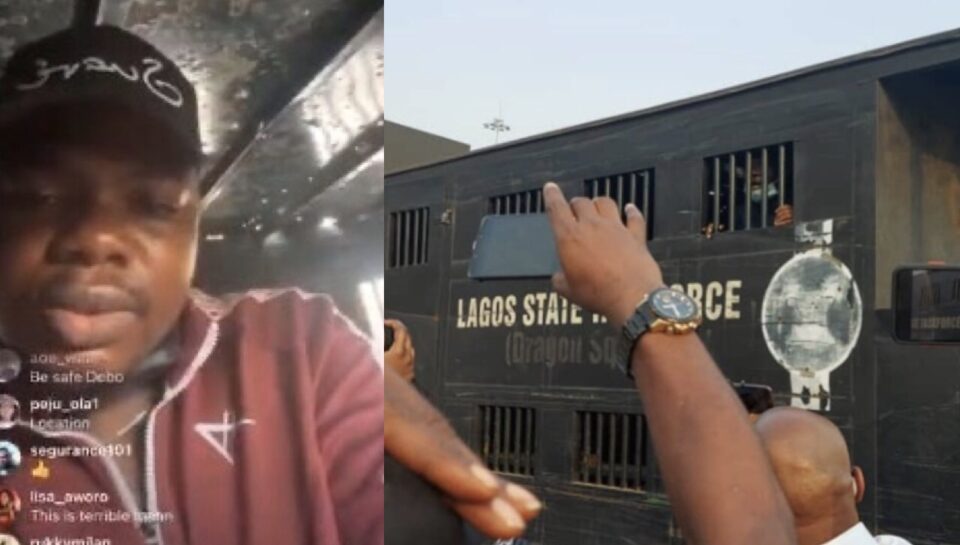 Popular Nigerian comedian, Mr. Macaroni is currently going through hell in the hands of the Nigerian Police after he was arrested alongside others over their peaceful protest at Lekki toll gate.

Mr. Macaroni joined peaceful protesters at the tollgate to affirm their disapproval with the decision made by the Lagos State Judicial Panel of Inquiry allowing the Lekki Concession Company to reopen the Lekki tollgate on Saturday.

In a new video making rounds on social media, arrested peaceful protesters could be seen stacked together including Mr Macaroni in a danfo bus in a very inhumane way as they were sweating and struggling to breath.

They were being treated as though they were murderers or armed robbers.

Commissioner of Police Orders The Release Of ...