It’s a very interesting work of art that draws a realistic image of what living on the streets is like.

Cracking the emotional and vulnerable aspects of “area guys” by revealing their “strong man” cuticles. The films tell the story of young men’s search for independence, lost chances, marriage, and self-belief. 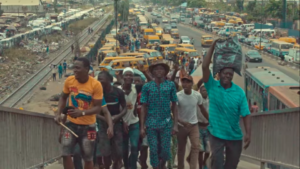 Watching Awon Boyz, it seems that the streets are mostly tribal agnostic. Nobody cares where you come from as long as you can assert your territory on the street, which is why one of the subjects, warning us not to mess with Oshodi people.

Having hear the tales of the subjects, I felt emotional cause the “Hustle is real”. I can confidently state that “70% of the people you see on the streets of Lagos have strayed from their initial plans” as I concur with this statement from one of the Subject. 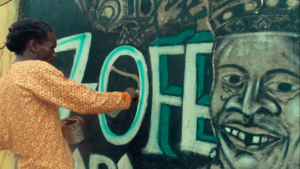 Watching the 38-minute film, I was ecstatic about the way the lives of the street boys as it was infused to understand that they are all victims of a circumstances. Most of them are from polygamous homes, broken homes, or orphans.

It was touching as listened to these men relate their tales, express their hopes and visions for the future, the joys and sorrows of fatherhood, and the loss of friends. There are problems that we (you and I) go through on a daily basis. 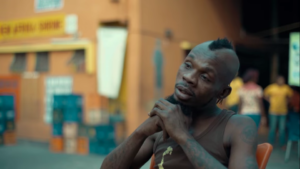 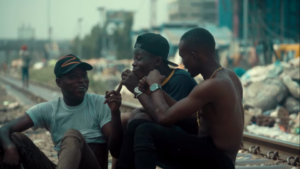 I applaud Tolu Itegboje and Netflix for taking the film to the public, as it has enlightened the public’s perception of Area boyz.

‘I Have Never Been In Possession Of ...