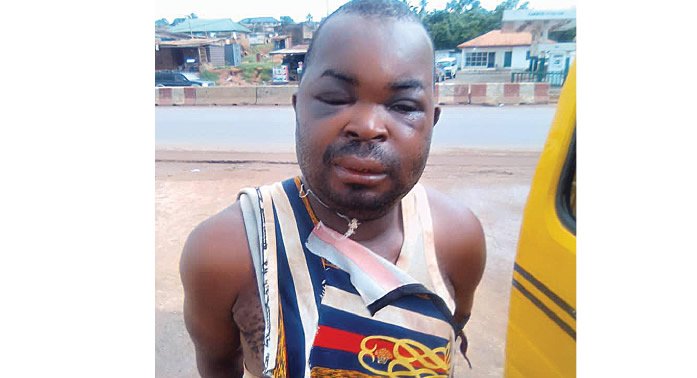 A 36-year-old commercial motorcycle rider, identified as Denis Nwambam, have been arrested for the alleged murder of a tricycle rider, Wasiu Osinowo, in Matogun area of Ogun State.

According to reports, Nwambam and Osinowo had struggled over right of way, leading to an exchange of words, while they were both plying the road around 11pm on Wednesday.

Some minutes later, Osinowo was said to have flagged down Nwambam along the road and challenged him to a duel during which the latter stabbed him in the stomach. He reportedly bled to death.

The police at the Agbado division led a team to the scene to arrest the suspect. However, on Thursday, some angry youths reportedly took Osinowo’s corpse to the police station and demanded that Nwambam be released to them.