Michelle Obama To Launching A Cooking Show On Netflix 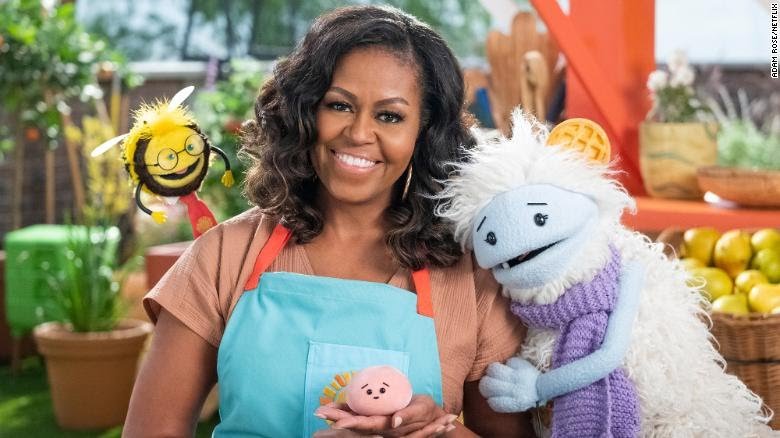 Former first lady of the United States, Michelle Obama is to star alongside puppets in a Netflix show that aims to teach children the joys of home cooking over eating ready meals.

Mrs Obama will play a supermarket owner opposite Waffles and Mochi, who are from The Land of Frozen Food.

The former US first lady described the series, which is titled Waffles + Mochi and drops next month, as a “hilarious, heartwarming, and simply magical show”.

She and husband Barack are among the executive producers.

The couple signed a deal to produce series and films for Netflix in 2018. The resulting works have included Becoming, the 2020 documentary based on her best-selling autobiography.

I’m beyond thrilled to share that on March 16, I’ll be launching a new show on @Netflix called Waffles + Mochi! I'm excited for families and children everywhere to join us on our adventures as we discover, cook, and eat delicious food from all over the world. pic.twitter.com/dedUWMp9SY