Media personality, IK Osakioduwa is excited about his 12th year wedding anniversary with his lovely wife as he has taken to his Instagram page to narrate what he enjoys in his marriage. 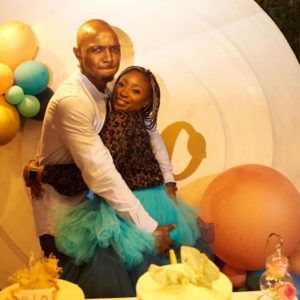 Sharing a loved up picture with his wife, he wrote, “Woke up this morning and realized I’ve been holding the same bum for 12years. That’s Six Million, Three hundred and seven thousand, two hundred minutes. (Granted, it’s a South African spec bum ?). Time really does fly when you’re having fun. Oh and the owner of the bum is alright too. Here’s to many more years of love, health fun, and lots of bum holding.”