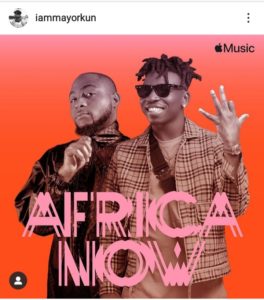 ‘Betty Butter’, a new song released by Mayorkun and Davido is now trending on Apple music. The song which has been said to be a hit by many Twitter users was produced by SperoachBeatz while the video was shot and directed by Clarence Peters.

The song is about a girl named “Betty Butter” and how they would want to take care of her with money. You can watch the video below: