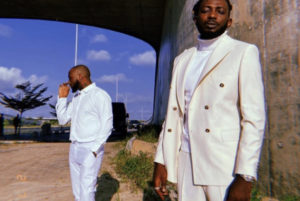 Akinmayokun Awodumila popularly known as May D had officially been signed with Davido’s Record Label. May D took to his Twitter page to announce to his fans about the good new and also expressed his happiness.

May D is not only a singer, he’s also a songwriter and a dancer. He used to be a signee on the Square records which was formally owned by the duo brothers, P-square. Sources say, May D founded his own record label “Confam Entertainment” after he left Square records.