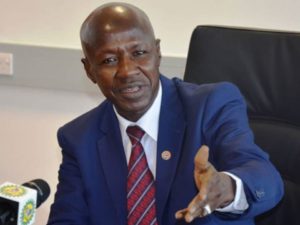 Embattled EFCC boss, Ibrahim Magu is currently facing the full wrath of the law and some interesting revelations have popped up.

Reacting to his arrest, the Federal Government indicated that his arrest and subsequent probe was an affirmation that nobody under the present administration was above scrutiny.

New allegations have it that Magu is the owner of a whopping number of 380 houses.

Additionally, he was probed over seven crude ship that were all loaded with crude and other assets amounting to over N37 billion.