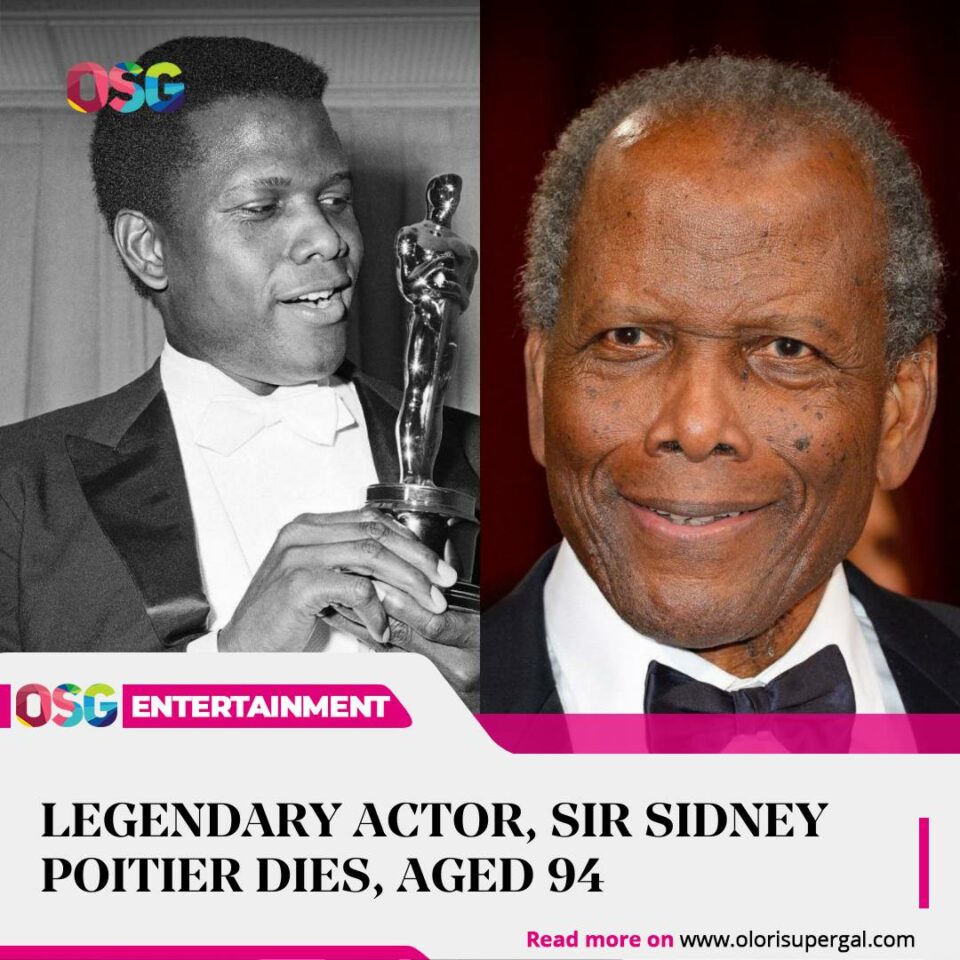 Poitier became the first Black man to win the Best Actor Oscar Award in 1964. Mr. Poitier was one of the last surviving major stars from the Golden Age of Hollywood cinema.

The Hollywood star was known for films including Guess Who’s Coming to Dinner, In the Heat of the Night, and Lilies of the Field, for which he became the first Black and Bahamian man to win a Best Actor Oscar.

The news was announced by the Bahamian minister of foreign affairs Fred Mitchell.

Poitier was automatically granted US citizenship after being unexpectedly born in Miami while his parents were visiting in February 1927.

Sidney grew up in the Bahamas but moved to America when he was 15, and served in the Second World War as a teenager after lying about his age.

Singer, Mo’Cheddah Details How She struggled With ...