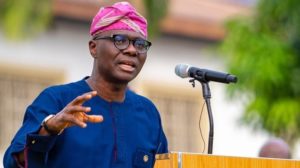 The Lagos State Government has announced its decision to partially reopen schools for Senior Secondary School Three and Technical School Three students only on 3rd August, 2020.

The Lagos State Governor, Babajide Sanwo-olu said this during the media briefing today and added that Junior Secondary School Three and Primary Six students will resume a week or two weeks after the SS3 students’ resumption. Furthermore, the Governor said that only day schooling will be permitted for now, while boarding activities remain banned for now. The Governor also reiterated that tertiary institutions should remain closed while they seek out ways of making online education a possibility.

86 Nigerians Evacuated From Sudan Arrive in ...