Popular Nigerian singer, Kiss Daniel has announced his search for a fan who handed back a very valuable diamond chain during his performance. An estimate put the value of the diamond at N14million, about $39,000. 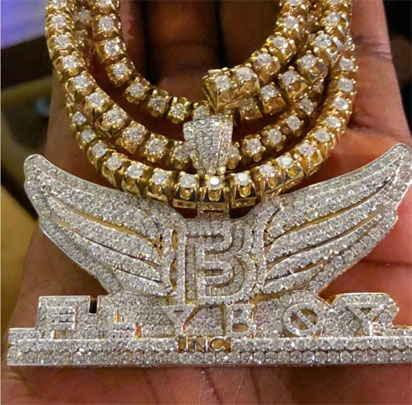 The fan who must have stood on the front row at a concert in Lagos, in which Kiss Daniel featured, saw the chain and returned it to the star.
In his words on social media, he said : “I really wanna appreciate the fan that gave back my chain when it fell off last night. That’s a fortune right there,”.
He then went on to ask fans to help find the person for him, as he wants to show some appreciation. “I have something for him”, he said in the note accompanying the video.

The video posted on 4 April shows the precise moment the fan recovered the chain and returned it to the singer, in the midst of a performance.

TBOSS VISITS HER FAMILY IN ROMANIA