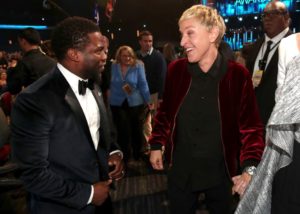 According to him, he has known Ellen for years and he can honestly say that she’s one of the dopest people on the planet. This has made it difficult for him to believe that Ellen could be going through a time as this despite how she treated his family with love and respect from day 1.

He further made a declaration, affirming his support for Ellen as he looks forward to a future where hate and negativity would no longer exist and where people will not crave for the downfall of another.

He however wrote a disclaimer at the end of the post which reads, “This post is not meant to disregard the feelings of others and their experiences. It’s simply to show what my experiences have been with my friend. Love you for life Ellen.”