Journalist, Kemi Olunloyo Fights SARS Operatives In Public After They Tried To Search Her Bag 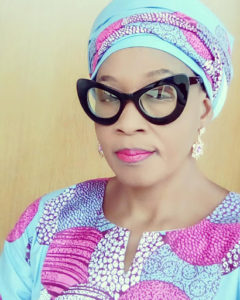 The clash happened in front of Ecobank in the Badore, Ahaj area of the state.

She was captured in a video shared online engrossed in a heated argument with the unidentified SARS officers.

Kemi Olunloyo took to her Twitter page to explained what caused the fracas in public as she revealed that they SARS operatives ordered her and her artist out of their car to search them without warrant.

The controversial journalist threatened to get the SARS officers arrested for attempting to extort money from her artist and son.