Jonathan Oppenheim, Editor of ‘Paris is Burning’ Dies at 67 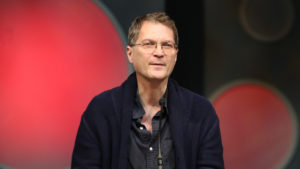 Jonathan Oppenheim, a legendary documentary film editor has died at the age of 67 after battling with brain cancer. This was announced by his wife in a statement where she also wrote, “Jonathan began his life in the arts as a painter which informed his sensibility in film. He was a talented and highly original painter but documentary film was his chosen medium. The collaborative dynamic while not always peaceful was one aspect of the work that Jonathan loved.”

Jonathan Oppenheim will greatly be missed by the Hollywood industry; he was known for editing, “Paris is Burning”, “Children Underground” and “The Oath”, amidst many others. May his soul rest in peace.