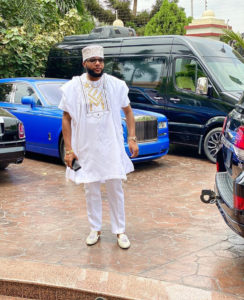 The Inspector-General of Police, Mohammed Adamu, has ordered the probe of the Chairman, Five Star Group, Emeka Okonkwo aka E-Money, over his flamboyant lifestyle and flagrant abuse of police escort.

Okonkwo, who is the brother to musician, Kingsley Okonkwo aka K-Cee, was said to have drawn the ire of the police boss for using policemen like domestic servants.

An order, it was learnt, was immediately issued to the Lagos State Police Command to withdraw the six policemen attached to E-Money.