Former Big brother star; Ifu Ennada has shown appreciation to Alex Ekubo; Nigerian actor for his support towards her and her colleagues in the industry. This is coming after Uti subtly shaded Ifu and Princess for their comment on his declaration of CeeC being the most successful BB Naija housemate. In his post, he wrote; ‘Witchcraft is being uncomfortable and pained by another person’s growth.’

Ifu’s post might be more intentional as she showered accolades on Uti Nwachukwu’s former bestie and colleague; Alex Ekubo. She said; No be who first start race dey win am and this man @alexxekubo is a testament to this. With all his super achievements, expensive cars and enviable lifestyle, he stays humble and tries to bring others up. This man right here has gotten me and my colleagues several jobs. This sort of kindness he extends to others. 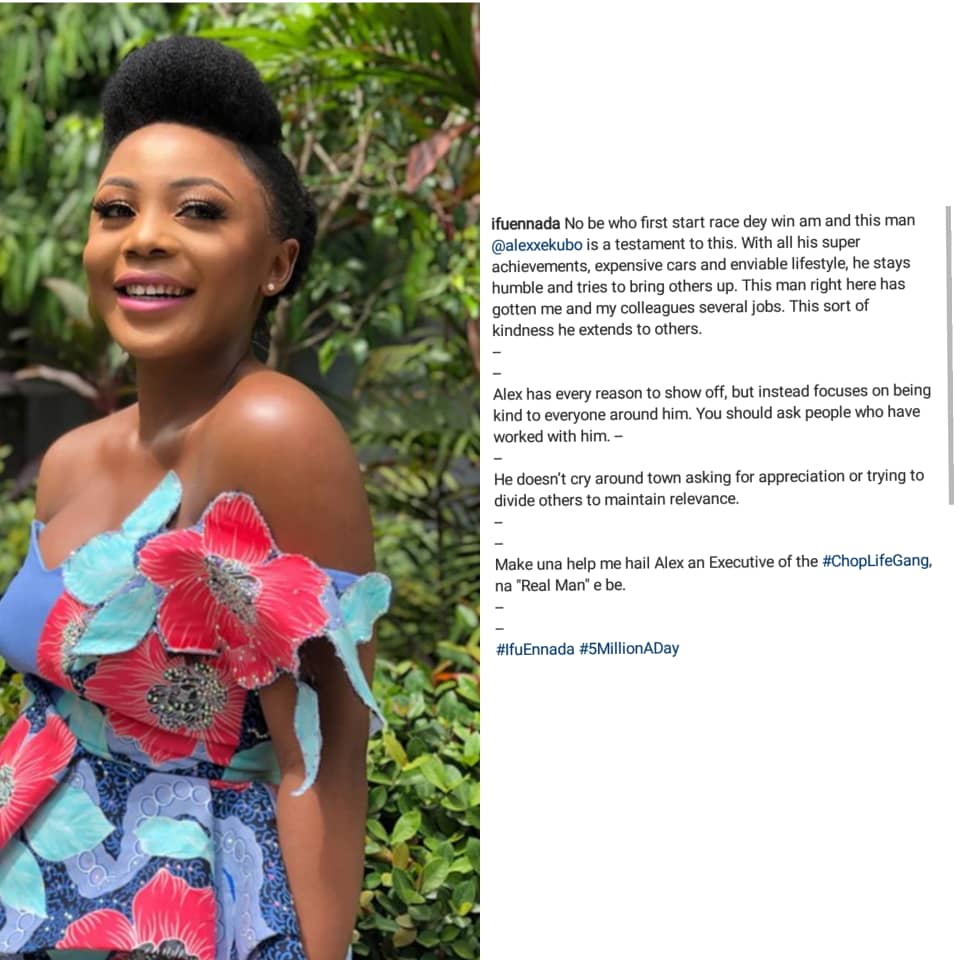 Alex has every reason to show off but instead focuses on being kind to everyone around him. You should ask people who have worked with him.

He doesn’t cry around town asking for appreciation or trying to divide others to maintain relevance.

Make una help me hail Alex an Executive of the #ChopLifeGang, na “Real Man” e be.