I once thought I was a failure –ID Cabasa 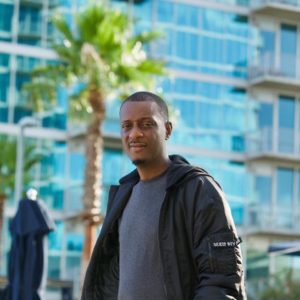 Music producer and singer, Olumide Ogunade, better known as ID Cabasa, has said that at a time, he felt like a failure because he was broke and couldn’t pay his rent. Speaking during an Instagram Live chat with rapper, Bouqui, he said, “There was a time I was looking for house rent yet I gave money to two people for their kids’ school fees. Then, a certain guy came to me asking for transport fare and I told him that I would help him get money from some other folks in church. I started asking around but that day, I could not get money for the guy. I was so shocked when the next day, the guy wrote an epistle about me on Facebook, saying I was a very bad person, with all the money that I had. I cried.

“My pain was the springboard for me to be well established. I learnt a lot during that time. It was like my own lockdown. At that time, I thought I was a failure. With everything I knew and the depth I had, I (still) felt I was a failure. I thank God I learnt the lessons and was able to bounce back.”

Simi laments about how women are ...