Hushpuppi Transferred To California For Prosecution 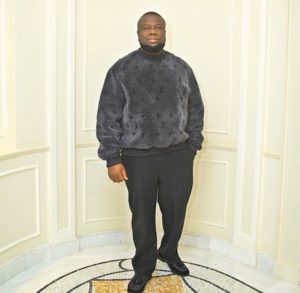 Nigerian Instagram personality, Hushpuppi who is facing cyberfraud allegations in the United States, has been transferred to California for prosecution.

He had been arraigned in Chicago on money laundering charges following his arrest in Dubai and subsequent extradition to the US.

He had also hired the top lawyer who immediately took up his defense. Hushpuppi was however denied bail in a Chicago hearing, with a judge ruling that he would remain detained until his trial later this year.

His Lawyer Gal Pissetzky also denied reports that he had dumped the suspect, replying a post made by PremiumTimes That States “Hushpuppi dumps top Chicago lawyer as court transfers trial to California” Mr Pissetzky responseded saying ‘This is totally false! Please correct your article. I still very much represent Mr. Abbas in Los Angels’ 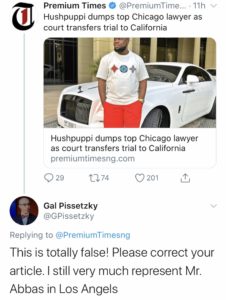