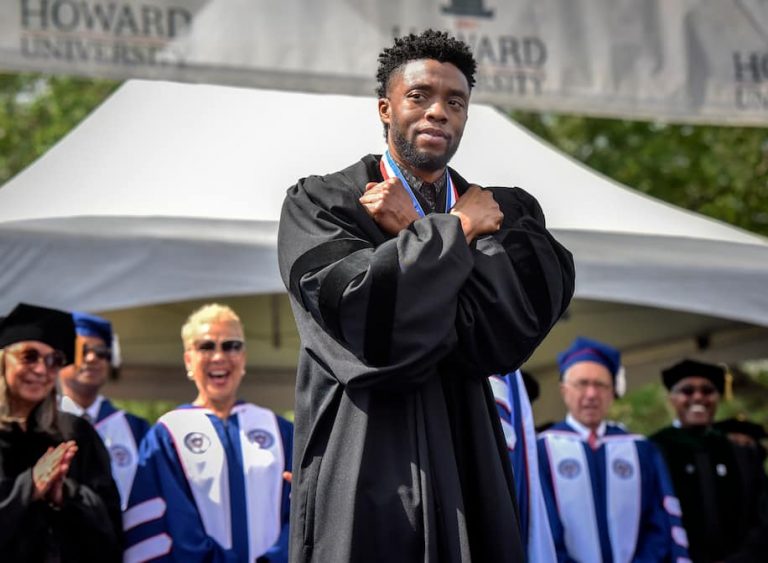 Howard University is renaming its College of Fine Arts after one of its most acclaimed alums: actor Chadwick Boseman.

On Wednesday, Howard renamed its performing and visual arts school after the “Black Panther” star, who earned an Academy Award nomination for his role in last year’s “Ma Rainey’s Black Bottom.” Boseman, who graduated from Howard in 2000 with a bachelor of arts degree in directing, died in August at the age of 43 from colon cancer.

The renaming unites Howard and Walt Disney Co.’s executive chairman, Bob Iger, who will spearhead fundraising for an endowment named after Boseman, as well as help raise money for the construction of a state-of-the-art building on the campus. The new building will house the Chadwick A. Boseman College of Fine Arts, the Cathy Hughes School of Communications, its TV station, WHUT and its radio station, WHUR 96.3 FM.

In the days following his death, Howard students circulated a petition to have the fine arts college renamed for Boseman.

Unbeknownst to the students, Howard President Wayne A.I. Frederick said he, too, was thinking of a way to honor him. Before his death, Boseman had agreed to serve on the board of the fine arts college and was developing a Master’s Class series for students, Frederick said.

“We are very excited. This is the right thing to do,” Frederick said. “Chadwick’s love for Howard University was sincere, and although he did not live to see those plans through to fruition, it is my honor to ensure his legacy lives on.”