HAVE YOU SEEN MARRIAGES WHO BECAME STRONGER DURING THE PANDEMIC? HERE IS THE SECRET 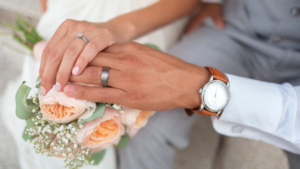 There has been a lot of hope expressed across social media platforms on the possibilities of marriages getting stronger during the forced lockdown across states. However, it is worthy of note that mere co-habitation will not produce stronger bonds between couples if both parties are not willing to make the marriage work. Thus, this article talks about the secret of marriages who have a stronger bond during the Pandemic.

One major secret which has been societally streamlined to dating alone is communication. Couples rarely communicate with each other. They talk and ask the basic questions like “What will you like to eat” and the likes, but they rarely talk to each other about their feelings, emotions, fears, concerns, worries and about emerging changes in their personality. Communication is the life wire of any relationship, whether the relationship is a year-old or 80-year old. Communication helps to keep the parties in check, so that they are able to balance what they both understand by love.

Communication is work; sometimes, it is not easy to communicate especially when there are lots of personality differences between you and your spouse. Thus, you have to learn how to communicate in the language he/she understands. Even though communication takes a lot of efforts, it remains the secret through which marriages maintain the bond between them.

HOW TO CONDUCT YOURSELF AS YOU MASKUP ...