GOOD DEEDS SHOULD NOT BE FOR ATTENTION, TACHA REACTS TO RECENT DRAMA AROUND ELLA 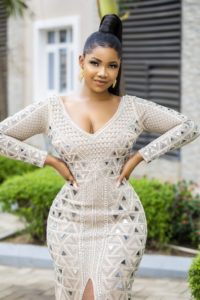 Tacha has reacted to the drama that happened during the 5th episode of the BBNaija reunion show.

Ella reportedly ghosted on her fellow ex-housemates who had contributed financially towards her mum’s surgery, she was confronted by Venita during the 5th episode of the BBNaija Reunion.

Other housemates like Mercy, Diane, Sir Dee, and Jackey were also of the opinion that Ella displayed an ungrateful attitude after she received the funds.

Reacting to the drama, Tacha said that people who help others don’t brag about it.

Taking to her official Twitter page, she stated that good deeds should not be done for the attention it would bring.

Tacha also noted that when a person lends a helping hand out of genuine concern, they do not brag about how much of a good person they are.